In her book The Woman in the Story: Writing Memorable Female Characters empowers writers to create a female character they have never seen before.  Helen set herself the same task…and created the first 1940s feminist detective Elvira Slate.

Helen’s love of noir movies and Golden Age fiction – but her intersectional feminist dislike of the racist, sexist and homophobic stereotypes abounding in them – led her to imagine a very different 1940s world to the one we usually see in 1940s noir and golden age crime fiction. Elvira Slate Investigations is a crime fiction series which features a strong cast of diverse characters, and challenges the oppressive values of the 1940s. 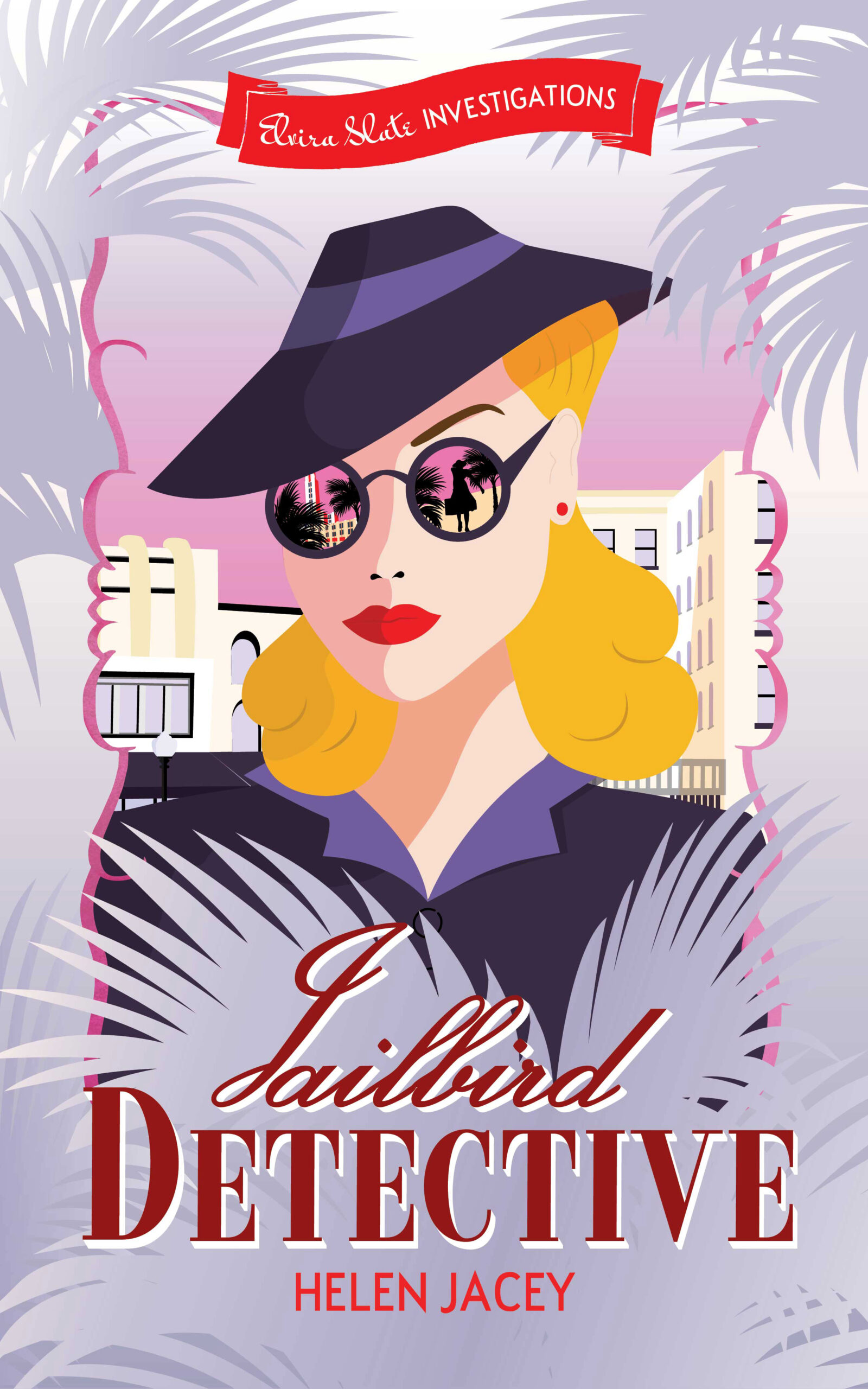 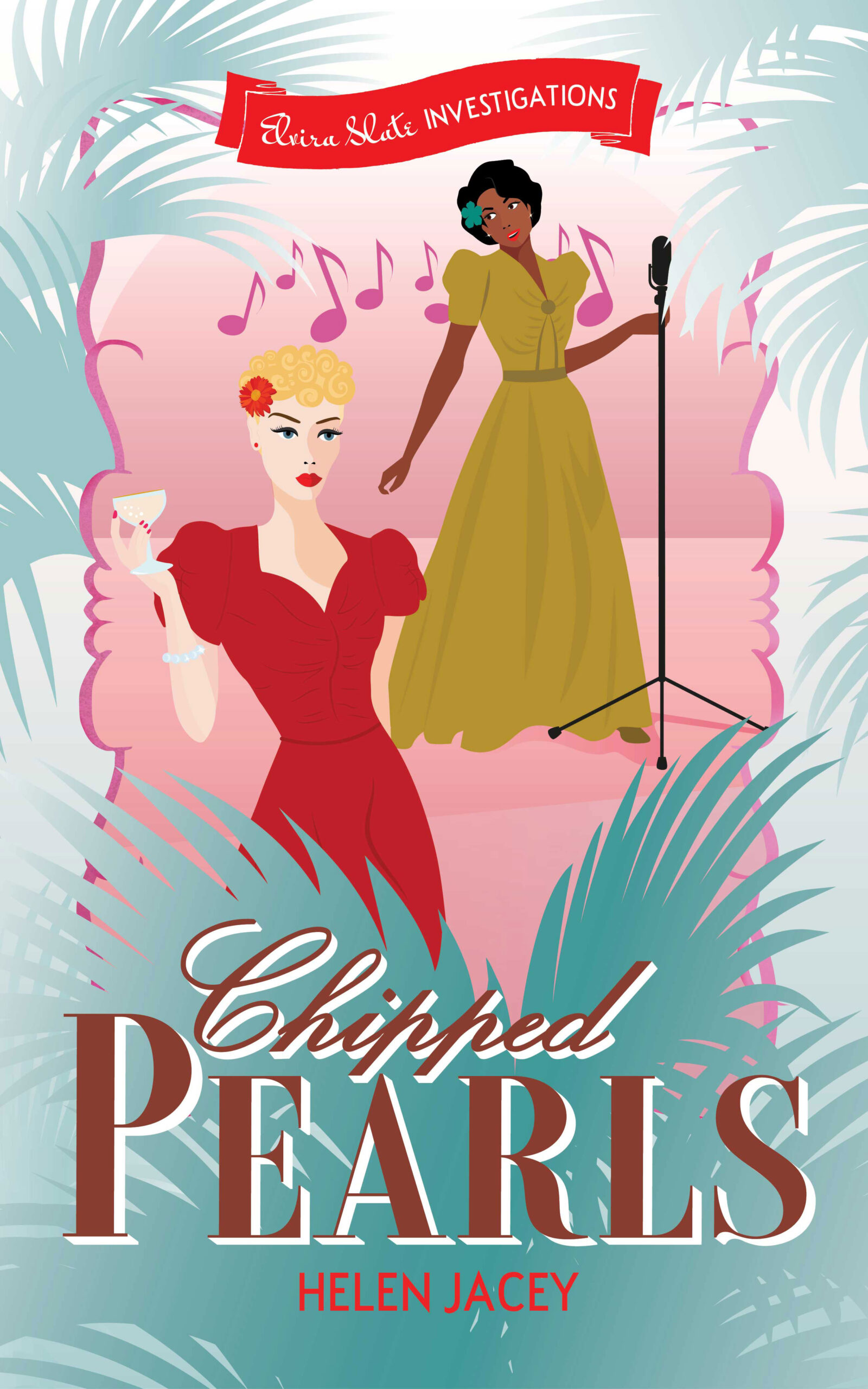 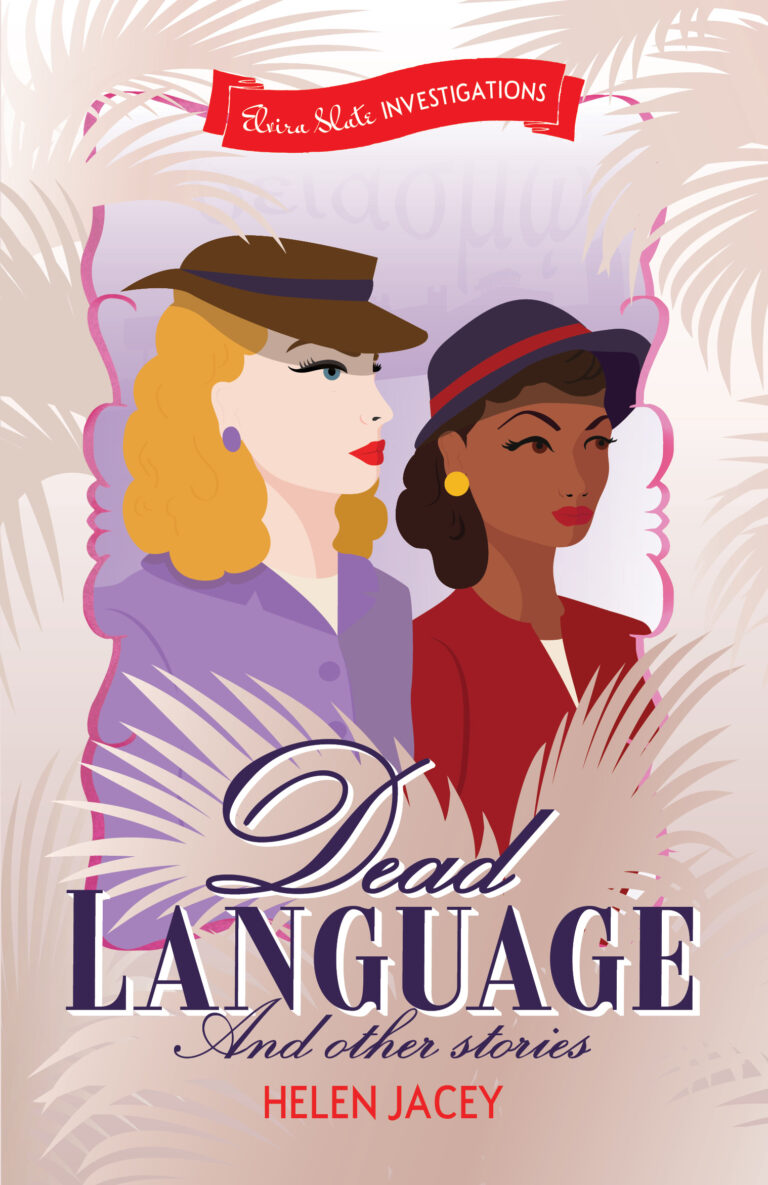 I created Elvira Slate Investigations for those who want to read 1940s crime fiction with an outsider gaze, to follow 1940s feminist detectives, and to immerse into a 1940s world which smashes the oppressive values of Golden Age. In short, inclusive crime!

If the sounds like you, please join fans of my series all over the world by visiting www. shedunnit.com 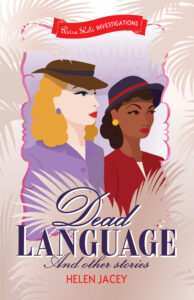 Each story plunges our heroine into a challenging case requiring her streetwise savvy, her own sense of justice, and of course, a little help from her friends. 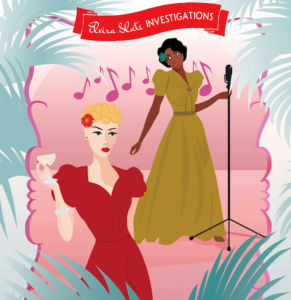 All Elvira Slate wants for Christmas is to save a young jazz singer from the death penalty.

Christmas Eve, 1945. Elvira Slate’s sleuthing start-up is in trouble – all debts and no clients. When hotshot criminal defence attorney Sonia Parker offers Elvira an assignment, she jumps at the chance.

Dolly, a vulnerable and broke singer in all-girl swing band The Charmettes, has been framed for murder of her rich lover and faces the death penalty. The evidence is stacked against her. Dolly reminds Elvira of herself, born on the wrong side of the tracks and judged by society as an undesirable: she is determined to get justice for her.  Elvira is soon immersed in the world of jazz clubs, downbeat rooming houses for desperate girls, swing band politics, and Hollywood high society. There are plenty of suspects but as many dead ends. When somebody from Elvira’s old life shows up, Elvira’s inner demons ger the better of her. Things aren’t looking good for Dolly as Elvira spirals downwards.

With the help of her friend Alberta, Elvira gets her act together.  She finally closes in on the real killer, but has she left it too late to catch them? 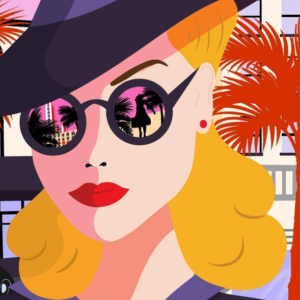 A gangster’s moll from London trades Holloway Prison to become a Hollywood P.I. Can she get away with it?

VE Day, 1945. Released after five years in jail, Jemima Day jumps parole with one thing on her mind:  payback from her ex-fiancé, gangster Billy.  But her plans are foiled when the Little Italy mob attempt a brutal execution. Jemima flees for her life. Now both the mob and the British Secret Service are on her tail, both believing she is guilty of crimes she did not commit.

Three months later, Jemima arrives in Los Angeles for a fresh start. But corrupt LAPD vice cop Lauder busts her and offers Jemima a choice: face the noose in England, or work for him. Jemima becomes Elvira Slate, the last in a long line of fake identities, and runs errands for Lauder in LA’s underbelly.

When Elvira discovers foul play involving the murder of innocents, she is outraged that law enforcement turns a blind eye. Elvira takes matters into her own hands, seeking justice for the slain. The case leads her into a Hollywood labyrinth of lies, corruption and deceit. Withthe mentorship of senior Hollywood detective Beatty Falaise, Elvira finally believes she can redeem herself.

Can Elvira catch the killer before more innocents die?

‘In Elvira Slate, Jacey has created a slick Forties sleuth that could inspire the toughest 21st century feminist.’
Celia Walden
US Editor at Large, Daily Telegraph
‘She is the noir anti-heroine we’ve long been missing.’
Savannah James-Bayly
Associate Producer, Queens of Mystery
‘A tough, street-wise female detective Philip Marlowe would have been proud to work with.’
Stephen Wyatt
Writer, Classic Chandler, BBC Radio 4
‘If like me you wanted Forties noir films to stop following the male gumshoe and follow the fascinating sassy dame and brassy broads then this book is for you.’
Kay Stonham
Writer, Bad Salsa
‘Elvira Slate is the modern woman’s Poirot.’
by J. Brabin
5* Review
'Elvira Slate is everything we need in a female sleuth, an outsider with nothing to lose and a nose for the truth. She’s a beacon of light in a shoddy and corrupt world.’
Sarah Gavron
Director, Suffragette and Rocks